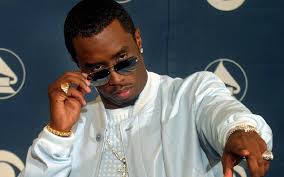 Jesus took with him Peter, James and John … and led them up a high mountain by themselves. There he was transfigured before them. His face shone like the sun, and his clothes became as white as the light. Just then there appeared before them Moses and Elijah, talking with Jesus … While he was still speaking, a bright cloud covered them, and a voice from the cloud said, “This is my Son, whom I love; with him I am well pleased. Listen to him!” … When the disciples heard this, they fell facedown to the ground, terrified. But Jesus came and touched them. “Get up,” he said. “Don’t be afraid.” (Matt. 17:1-8)

Above is part of the account of what we call the transfiguration of Jesus. It’s always been a very strange event in the life of Jesus to me. Here he is, going along day-by-day teaching about love, mercy, kindness and grace and such, mentoring us to love and serve the poor and downtrodden, healing people with all manner of ailments and disease … withered hands, leprosy, blindness, deafness, paralysis, fever, internal bleeding, etc.; turning plain old water into the best wine to ever fill a stone water pot, and sparing a young marrying couple significant social humiliation in the process; feeding thousands of hungry followers with a couple of fish and a few loaves of bread, etc. Then one day out of the blue, he pulls his three closest buddies aside to hike up a mountain, where before their eyes he’s turned into some kind of bleached white spooky apparition. Then he’s visited by the ghosts of two big-time Old Testament prophets. Finally, as if that were not enough, they hear a voice from heaven bestowing upon Jesus the ultimate divine stamp of approval, followed by the simple directive to “listen to him!” Let’s be honest, the whole thing’s kind of weird. It seems a little out of place and out of character for Jesus, doesn’t it? After all, notwithstanding that whole walking on water thing, he was generally not given to a lot of showboating. But this little stunt on the mountaintop comes off as just a little P. Diddy to me … a wee bit self-exalting … maybe a little self-important?

I won’t claim expert knowledge on this event, but I do have a thought or two about it. Yes, as I’ve heard explained by scholars much more knowledgeable than I, it was obviously intended only for the eyes of Jesus’ three best friends … his innermost circle of trust. And he did make sure to take them to a very private place for this revelation … (very un-P. Diddylike now that you mention it). And furthermore, he did instruct them to keep this thing on the down-low until after he would be raised from the dead (another revelation that would have rocked their worldview even harder, as if what they’d just witnessed wasn’t enough already). And yes, there is the obvious insight that the God of the universe had just endorsed Jesus as his own son, and as such, declaring him the Messiah … the savior of the world.

But did God do something else a little less obvious? I believe he did. In addition to all of the above (and more, I’m sure), I believe God revealed not only Jesus to Peter, James and John; but God revealed himself as well. After all, he called Jesus his son … i.e. the bearer of his nature, his legacy. In other words, God was saying that this man before you is who I am. What he is like, I am like. What he does, I do. What he says, I say. Whom he loves, I love. How he loves, I love. When he gives mercy to a woman humiliated by her own naked adultery (Jn. 8:1ff), I give her mercy. When he touches a leper with his own hand (as nobody else would dare to do) (Matt. 8:3), I touch him. When he offers his hand in friendship to “tax collectors and sinners” (considered the most repugnant of bottom-feeding scum in their day) by sharing a meal with them (Matt. 9:10ff), I offer them my hand in friendship. When he welcomes a “sinful” woman (often biblical code for prostitute) to wipe her tears from his feet with her hair (Lk. 7:36ff), I welcome her as well. When he elevates a lowly adulterous Samaritan (the most despised ethnic group by 1st century Jews) woman by daring to speak with her in public (culturally forbidden), I elevate her as well. When he clears the temple of hypocritical religion pimps hawking mercy and forgiveness to the poor for money, I clear it too. He told you repeatedly that he came here to seek and to save what was lost … the sick, the poor, the cast-asides, the dirty, the messy, the imperfect, the broken, the ugly, the addicted, the ashamed, the fearful, the thief, the victim, the violator … that he did not come to condemn. Neither do I condemn. When he welcomes you, regardless of what state or ethnic or social group you find yourself to be in … even if you don’t believe in him, I welcome you too. You see, contrary to what you may have assumed, and to what many religious “leaders” and “teachers” may have led you to believe, he actually doesn’t hate you. And neither do I.  He would sooner die than live without you. And I would sooner watch my own son, whom I love with all my heart, die to save you than to live without you. You see this Jesus … this man before you? This is who I am. Listen to him. Hear him. Pay attention to him. He is me.

And what were the very first words out of Jesus’ mouth after God suggested that we simply listen to him? “Get up … don’t be afraid.” Hmm …

P.S. No ugly cheap shot at Diddy intended here … Jesus likes him too. It just seemed like a fun little analogy.

This entry was posted in Uncategorized. Bookmark the permalink.